Menu
PrevPreviousWhat Does It Mean To Be Powerful?
NextAn Experiment In Chaos Magick: Therapy Role Play In Place of RitualNext 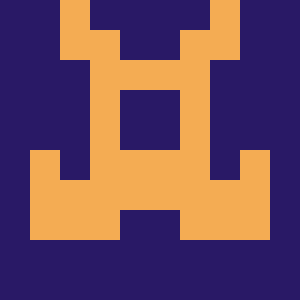 After all this time, I still love the idea of performing magick.  My techniques and my tools have changed over the years, but the feeling that I can say something in some way to the Universe…and then SOMETHING responds….still gives me that warm and fuzzy tingle inside.

While I still love crystals, incense and all the traditional modern tools of spellcasting…I would say that most of my current magickal work resembles prayer and petitioning.  I would also have to say that most of it probably looks more like a negotiation and agreement with Reality…a back and forth conversation, as opposed to commanding angels, spirits and forces.  At this point, I think of manifest reality as a reflection of each individual’s consciousness.  Not as much as a collective creation, as much as a projection of each person’s independent psyche.  My Grandmother used to say something that translates to “Each mind is its own world.”  So, if we really boil the cauldron down–conscious acts of magick are a form of psychological healing or transformation.  We affect the specific convictions and beliefs that reflect to us as our personal realities.

Once upon a time….when we first entered that “beginner” stage of studying and practicing magick, the place where we become excited about all of the possibilities that could manifest, we were in a state of complete faith mixed with excitement.  We forgot to be doubtful, at least for a little while.  In that elevated state of awareness, we temporarily rose above the personality issues that we were born with or had developed up until that point, the limitations and negativities that we returned to once we eventually came down from the elation of first realizing that magick is a very real, very workable thing.

Whether one relates to the idea of carrying over past life lessons (including those things that we didn’t learn, last time around); coming into our present incarnation with agree-upon lessons and missions (for this lifetime); learning our flaws and quirks from our parents; or a combination of any or all of the above….there are some particular mental and emotional trends which affect our ability to directly manifest our wishes.

One of the biggest factors that needs to be evaluated and possibly changed is the magician’s particular sense of entitlement.  By this, I am addressing the degree to which the magician feels like s/he actually deserves to have what s/he is asking for.  This concept not only covers personal ownership of the manifest object or event, but also the ability to accept that s/he CAN magickally manifest the object of desire.  We can technically perform a ritual correctly, but when the energy comes up against the filter of how much we really feel like we deserve to have what we ask for, it might be like crashing into a brick wall.

Related to this concept of deserving, we also have the concept of supply or abundance.  To whichever degree we observe this in the physical world, it is very helpful to be aware of our personal EXPECTATIONS of universal supply.  We can be hiding some negativity in our ideas of a limited universe.  To believe in limited supply on a spiritual (imaginative) level, is to simultaneously manifest lack in some way, because of the belief that there is not enough to go around.  This could possibly manifest in an instance of magickal “robbery,” where to give to ourselves, we see it being taken from someone else.  Just as misleading is for the failure of any manifestation at all, excepting the pride of feeling a sort of self-induced martyrdom.

Along the same line of believing in a limited universe, a belief in a mean or uncaring Deity can also prevent successful magickal manifestation.  The question is not whether or not the Universe/Deity is helpful or generous, but rather, is it more conducive to manifestation to have the conviction that the Universe WANTS to give you what you want, without taking it away from anyone else? When dealing with manifestation, it is not only “how things are,” but also “how they can be”.

…And since we’re linking together concepts, anyway–we sometimes carry the negative expectation that we cannot get cooperation from others, under the presupposition that people have the free will to refuse to be helpful or cooperate with us.  Whether or not this is true in any particular circumstance or for any specific people in the given scenario, it is helpful to be aware of when you are open to the possibility of “someone” BEING ABLE to align with your intention or somehow gain good karma from being a participant in your manifest event….as opposed to the possibility that you might be manifesting opposition to someone helping you, because of your unconscious need to fail.  Putting energy in wondering if someone would benefit from helping you is a lot more productive than the underlying certainty that no one will help you.

Finally, it can be helpful to accept that we do not need to understand or have a concrete idea how we will manifest something.  This is harder for some analytical, controlling personalities.  Sometimes, simply spelling out that we don’t know how something is going to get resolved….but that the Universe [insert angels, spirits, Hecate, whatever…] will manifest it, even if we don’t intellectually know how or even really have a lot of faith in it….will direct your consciousness into accepting that new reality.