Menu
PrevPreviousWelcome to the 2019 Apex Sales Drive!
NextBLACK FRIDAY 2019!Next 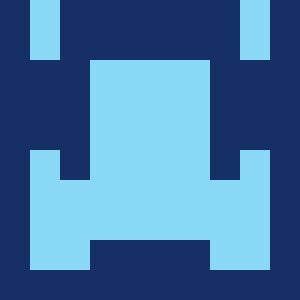 Tell us a bit about “Three Gowns for Clara.”

One of the things I’ve consistently thought about since seeing the Disney animated Cinderella as a kid (and many, many times since then) is how awful it must be to be sitting on the outside of that particular tale. Consider the plight of the Grand Duke–here’s a guy who presumably has a lot of other, more important things to do, and yet he has his life threatened and his decorum totally overturned by a psychotic monarch hell-bent upon grandchildren. He’s attacked with a sword! He has to go to EVERYONE’S HOUSE trying on shoes all night long! That’s abuse! Now, even with all that, the guy is still the Grand Duke and has a lot of wealth and privilege to fall back on. What about the little people? The ones who aren’t Cinderella? That’s where this story comes in. And, incidentally, I also think the story is true to the central theme of Disney’s Cinderella, in which Cinderella states “They can’t order me to stop dreaming.” Here I take that sentiment and explore it a little further.

I can honestly say I have no idea. I can’t remember not writing. I have always, always been obsessed with stories; I love telling them, I love hearing them, I love talking about them. Sit with me for twenty minutes and I’ll tell you at least fifteen anecdotes. Writing, for me, is a way to release all the pent-up excitement of all the stories running around my head. If I didn’t do it, I’d go nuts.

This is also one of those really complex questions that defy simple answers. If I were to say which authors I admire most, I’d include the likes of Neal Stephenson and William Gibson and Ursula K. Le Guin, but I don’t in any way write like any of them (I can’t! I wish I could!). In terms of my development as an author, I can credit Lloyd Alexander, Robert Jordan, Robert Louis Stephenson, Weiss and Hickman, and Robert E. Howard with shaping a lot of what I do–I remember reading them and really starting to think about what a story or a novel is and is not. In truth, probably the greatest influence over my writing has been Dungeons and Dragons, which I’ve been DM-ing consistently since I was 12 or 13 (almost 30 years!), but of course if you look at “Three Gowns for Clara” you see nothing of the kind in there. So, who knows?

My current novel project is a time travel tale in which I give a time machine to a low-level mob enforcer and he gets himself into an awful lot of trouble (sort of a “Doctor Who Meets Quentin Tarantino” kind of thing). As for stories, I always have about three or four in the fire at any one time, but who knows when/if any of them will be done or make it to print. Keep your eyes open, I guess!

“Three Gowns for Clara” appears in the January/February 2020 issue of F&SF.

The Far Far Better Thing, the final book in Auston Habershaw’s fantasy series The Saga of the Redeemed, was released in March.  You can visit his website by clicking on his photo.