Menu
PrevPreviousThoughts on “I Remember the Future”
NextInterview: Michael Cassutt on “Banshee”Next 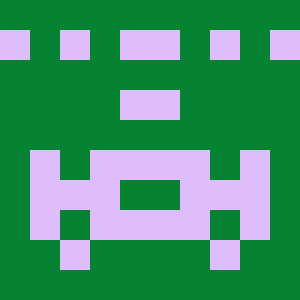 Anatomy of a Sequel

Guest post by Benjanun Sriduangkaew, author of Winterglass and Mirrorstrike

A few facts, to set the scene:

Needless to say, when some people told me they were (pleasantly) surprised that there will be a sequel, I was surprised too. Not at the same time, obviously, that would be weird. I like to think my publisher, Jason, was surprised too (or maybe not; possibly he could sense all along that a sequel was inevitable). But when I wrote the last paragraphs of Winterglass, I was absolutely satisfied that the story was done: it was concluded, there needed be no further addition. Yes, it ends on a bleak note—not even pyrrhic, just self-destructive; yes, some people read it as a sequel hook (it truly wasn’t). Nevertheless, that was the ending.

To explain, I started off with short fiction; publication-wise that was my background. And short fiction can have open endings, since typically they don’t have sequels (or at least aren’t expected to have any), so ending on this note would have been perfectly normal if Winterglass had been a short story (and I maintain that it’s fine to end longer-form work this way, but). An open ending implies rather than shows, and that’s what I wanted with Winterglass, to suggest what is to come (and what’s to come isn’t very pleasant). For short stories, ambiguous endings are not uncommon, you don’t necessarily expect to see a character’s entire life, past, present and future; you don’t even necessarily expect to see whether they succeed at what they set out to do in the story’s paragraph one. Closure is optional and not always the point.

Novellas are interesting in that they’re expected to behave more like novels than short stories. I don’t think they should have to, but of course I’m not everyone; I think of novellas as its own format rather than some weird in-between hybrid (naturally I am biased). Being more compact, it has to arrive at a point; you can’t Robert Jordan your way through fourteen books where nothing happens and characters are described tugging their braids the same way approximately 5,000,000 times. There just isn’t any room. And, by nature of the format, it’s most practical for me to assume that you’ll get only one shot at the story. Novellas are standalones more often than not.

Regardless, I did wind up writing a sequel.

It went through several drafts; I think accounting for all drafts, it probably took me about a year to write, final draft, revise, and submit. This absolutely took longer than was strictly necessary, partly because my first go at it wasn’t serious: I thought, okay, maybe I’ll write a sequel but maybe I won’t, who knows? I wrote it halfway and let it lie for months, then went to write some short stories (one of which being ‘That Rough-Hewn Sun’). Several people convinced me that a sequel could be a good idea, so I came at the final draft with a bit more vigor and a more solid idea of what should be. This was a little aggravating in the sense that I believe in stories as self-contained.

On the other hand, I’ve always wanted to title sequels. That’s fun, though I went through a lot of iterations before I came to Mirrorstrike, whereas the first book’s title was decided pretty early on (and did me the favor of naming itself).

Much like the first book, the initial draft and the final one were radically different—originally, Mirrorstrike was going to take place in a city that’s sprung up beneath the Winter Queen’s palace, but after writing ‘That Rough-Hewn Sun’ (a prequel novelette dealing with Lussadh’s first contact with the queen) I felt there was more resonance in returning to Lussadh’s homeland and the site of her great treachery. This set off an interesting series of exercises, one of which was to recheck and cross-reference with the first book and the novelette for consistencies: new to me given that, prior, I’d only written connected short stories (and connection means the same setting, sometimes the same set of characters, but often set years or even centuries apart) and there wasn’t much cross-referencing to do. And, I had to tell a story that I’d earlier only implied.

However, what I originally implied with the ending of Winterglass is … well … exactly what it sounds like: I intended to suggest that Nuawa dies trying to bring down the Winter Queen, and her icy reign goes on and on, long past Nuawa’s lifespan. But readers take that kind of ending poorly, and in any case I came up with a different plot, a different set of ideas. One of those ideas is showing Lussadh’s political difficulties, how she handles the courtiers and soldiers that helped her revolt succeed, the promises she made to them and in some cases didn’t keep. And she’s got a compelling tale of her own, I like to think; at any rate many readers enjoyed her. (I was always surprised to see some people think of her as the antagonist—to me she was always Nuawa’s co-protagonist, and I’m hoping Mirrorstrike will bring that into clearer focus.)

Because I never do things according to plan, Mirrorstrike ended up being much longer than I thought, and also considerably longer than Winterglass, which gave me a bit more space to work with. It’s all very novel (pun intended) to me, and I hope readers will enjoy the end result as much as I did crafting it.

Pick up a copy of Winterglass and preorder Mirrorstrike now and save 25% with discount code SEPTEMBER.