Menu
PrevPreviousTo Thine Own Self Be True: A Guide to Surviving the Chaos
NextMeditation: The Why’s and How’sNext 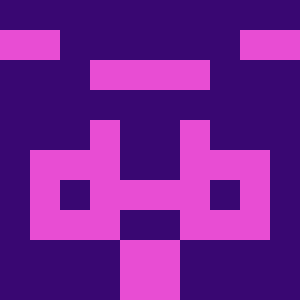 The Mind of a Mage: The Adaptive Ego

A good friend of ours is under attack.

They’ve been prodded and picked apart, made to consume the blame for all of humankind’s failings, and reassembled as a vehicle for dismissing the needs of the Individual.

They are our patron Saint of Scapegoats, The Ego.

The Western view of ‘Ego as adversary’, or as something to be overcome, is a mix of misinterpretation and bad branding that arose from the mashing together of conceptions around Freud’s ‘Ego as mediator’ and Buddhism’s, ‘Ego as attachment’ to form a being outside our self that navigates the real. These definitions have strayed so far from their source material, have been plucked so far out of context, that the common idea of Ego is no longer useful.

People who are interested in considering their Ego in a more practical way would do well to look to the work of Max Stirner. Stirner sees the Ego (Der Einzige) as a fluid but individual sense of self. He presents it as the moment-to-moment process of self-desire seeking personal benefit and freedom of expression.

In this view, all interactions can be framed as a power struggle on some level.

Human animals constantly process and categorize sensory input before deciding how to respond, with the strongest impressions winning out and manifesting as actions and perceptions. When it comes to getting what you want a self-determined sense of Ego that can withstand attempts at categorization is a strong edge. The saying, “you never get a second chance at a first impression” is reflective of this power struggle in suggesting that once your Ego is encountered by an outside agent and their categorization of who you are, it is very difficult to move away from the framework created around that image which will be used to provide context to your actions.

An adaptive Ego is able to divorce preconceptions from actuality and focus on its needs instead of its form,  whereas a defined Ego becomes heavy and rigid, making it susceptible to manipulation.

When we are criticized or labeled from outside of Self we think of those criticisms and labels as ‘judgement’, but once we internalize them we accept them as identity, despite the fact that they are still just judgments that we have learned to repeat to ourselves in our own voice.

To be meek about our Ego is to poison the medium we use to exert our will on the world, a world of concepts elevated to godforms.

All of this projection and internalization serves Categorization, who bows to Comfort, who pays Safety to build a temple in worship to the Supreme Lord, Fear of Death. So to stand as Unique, to be able to make that “I AM” statement, we have to go outside the systems and channels imposed upon us and go straight to the center of ourselves in order to be able to distinguish between powerful Godforms and those ghostly pretenders. Stirner writes, “They say of God, ‘names name thee not.’ That holds good of me: no concept expresses me, nothing that is designated as my essence exhausts me; they are only names.

In Chaos Magick the paradigm is the operating environment, the Mage takes on perspectives that create authentic belief to empower ritual actions.

These beliefs may be temporary, they may not match what we consider ourselves to be, but if we can boil down the idea of a fixed self we will be left with only adjectives and reflections. The static-self does not exist. This is the basis of operating a fluid and multi-faceted Ego, there’s no need to identify as ‘this’ or ‘that’ for any longer than desired. Consider how the Ego can be honed for the task at hand and what results the situation can provide.

In order to develop this fluidity of ego, I visualize an Opal Mask, representing the ability to appear indefinable yet radiant from any angle.

Being an active participant in an interaction, mundane or arcane, requires mindfulness and an honest understanding of what you want and from whom you can get it or what is being asked of you and what you are willing to provide. If our purpose is clear then we can begin to investigate how that purpose works into desire and explore who we would need to be in order to be satisfied with an interactions result.

Ritual work involves creating personal states that are conducive to insight or manifestation around a particular goal.

If the Ego identity that is set to the task doesn’t match the qualifications of the request the magic will not work, either because of the practitioner’s approach or an unclear intention. Magical actions benefit from examining the parameters with the best chance of success, envision the Mage who is best suited for the ritual and shape the Ego to step into that role.

With Gods as my witness: I am Nothing, I am Legion.